Cecil the Lion trends more on Twitter, than dead babies, murdered by Planned Parenthood so they can sell their little body parts.

Our Military is disarmed and slaughtered by Islamic Jihadists.

Iran will have nuclear weapons, despite Israel's vulnerability.

Our troops and allies are left defenseless, as Obama pulls our aircraft carriers out.

Senior citizens and veterans are having their 2nd Amendment violated, while gun laws are ignored and background checks have more wholes than Swiss cheese.

Posted by Southern Sense at 11:32 PM No comments: Links to this post

For every favored historic Patriot in our history, thousands of un-named men and women have transcended being common, to perform extraordinary feats.

One such person is Col. Daniel Lycan, who was instrumental as one of the 1st Kennedy Vietnam advisers, to building Rte 1, known as the Ho Chi Minh Highway, to the Lunar Landing and finally the Ronald Reagan Start Treaty.

Quietly, they slip into anonymity, raise their families and pass into the sunset of their lives.

This show, will honor, one such man, Col. Daniel Lycan!
Posted by Southern Sense at 11:23 PM No comments: Links to this post 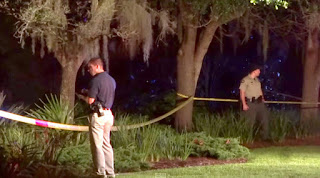 In yesterday's Beaufort Gazette / Island Packet, chief editor David Lauderdale posted the following opinion piece.  This is one, I could not let go past me. Read it here:

The following is my response: 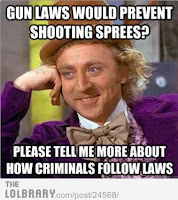 Mr. Lauderdale wants his 1st Amendment right of "Free Speech" protected, yet who will do so, if we lose our 2nd Amendment "Right to Bear Arms"?  If legal gun ownership is restricted or prohibited, then only guns will be in the hands of government and criminals.  From where I am sitting, I see little difference between the two groups!  Who will exist to protect the honest citizen?

As a former law enforcement officer, I am highly frustrated with what is known as "revolving door justice" of which South Carolina is notorious for exercising.  This is where the arrested alleged criminal is booked, charged, posts a low bail and is comfortably home, before the arresting officer has finished his/her shift and paperwork.  Prosecutors with serious case backlogs, in order to expedite them, downgrade charges.

Nationally, gun related violence has substantially declined since 1993, 39% in homicide and 69% in non-fatal crimes, as gun sales increased. (http://www.forbes.com/sites/larrybell/2013/05/14/disarming-realities-as-gun-sales-soar-gun-crimes-plummet/)

In the 1990's the City of Richmond, Virginia experienced unusually higher, than the national average, gun violence.  City officials working with the Department of Justice knew that a radically new approach was needed and they created "Project Exile".  ( http://www.policechiefmagazine.org/magazine/index.cfm?fuseaction=display_arch&article_id=3192&issue_id=112013 )

This was a multi-faceted approach, which did not alter or impose undue restrictions on legal gun ownership.  It included:

1st - They created mandatory federal prison sentences with a minimum of 3 to 5 years for gun related crimes, including falsified gun applications, filing a gun application when the applicant was not legally eligible to own a gun, purchasing a gun for an ineligible owner, giving a gun to an ineligible owner, possession of a firearm by a felon, commission of a crime with a gun, etc.  You get the picture.  Tough sentencing and strict enforcement of current laws are a tremendous tool and deterrent for gun related crimes.

This facet of "Project Exile" worked with the ATF and DOJ, by referring cases to federal court where clear possession of a firearm, by a felon, could be proved.  This eased case backlogs in local court.

2nd - Community Outreach programs were instituted where local councils and law enforcement jointly went into disenfranchised neighborhoods that were the most distrustful of police.  They opened forums where the public could civilly air their grievances.  This enabled all side to unite to initiate positive change in attitudes, cooperation, legal procedures and enforcement patterns.  Crime prevention and reporting by the citizenry is more apt to occur if the people and the cops are on more amiable and personal terms.

For Beaufort County, this proves to be a challenge due to it's geographic size, large rural population and limited law enforcement assets.  However, it is not insurmountable.  Creative thinking by all parties can result in much needed changes and solutions. Periodic mobile forums, social media outreach, public service announcements and Town Halls maybe a start. Start we must.

3rd - Public Education, is not limited to individual gun safety.  Education must include gun rights and current laws, as well as safety.  It should also include educating the public as to the purpose and availability of outreach programs, toll free anonymous tip hotlines and community participation in block watch programs and outreach.

This can be done in conjunction with billboards, TV, radio and print media ads as well as social media.

And they want Congress to support and fund improved access to mental health services for children."

Congress has contemplated this very highly contentious issue and outright rejected it.  It was proposed in Obamacare and was removed after heated debate on the floor, as it violated the 4th Amendment:

"The right of the people to be secure in their persons, houses, papers, and effects, against unreasonable searches and seizures, shall not be violated, and no Warrants shall issue, but upon probable cause, supported by Oath or affirmation, and particularly describing the place to be searched, and the persons or things to be seized."

By having medical professional survey and report on gun owners, especially during medical examinations of our children is an illegal search and those who perform it, do so as an implied agent of government.   Using our children as pawns of the gun control lobby is not only unconstitutional, morally wrong, but also, in my humble opinion, cowardly.

Introducing the NRA or similar gun safety classes into our school curriculum makes sound sense, considering their high safety and success rate.  Allow parents to opt in or out of the program.

Do not violate the 2nd Amendment rights of individuals based upon the fact there is a child in the household, much less a "community".  What we need is serious enforcement of current laws, prosecution and reasonable and strict sentencing in conjunction with outreach and education. 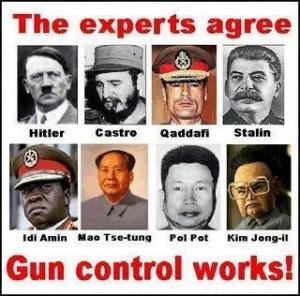 Finally, the editorial suggests too many guns cause us to lose our freedoms.  I suggest that we rephrase the statement to: Too many illegal guns in the hands of criminals cause us to lose our freedoms through intimidation and terror.  Guns in the hands of law abiding legal citizens preserve our freedoms by protecting life, liberty and property.  There are no statistics for how many people and how much property has been protected by preventing a crime or terminating a crime in progress.

How many of the 5 Chattanooga servicemen would be alive today, if the "No Gun Zone" did not exist?  If they were accorded the Constitutional Rights and allowed to carry to protect life, not to enforce laws, they might still be alive and happy with family and friends.  Legal consideration can be adjusted and the rights of all citizens can be recognized equally.

In all of the arrests I made, as a Police officer in New York City, not one was for a legal gun owner involving their firearm.  However, illegal guns abounded and the crimes for which, they were involved.

In order to effect change to gun violence, a first step must be taken.  I will take that 1st step and forward this editorial and my response onto my elected officials and County Solicitor and see if we can enact a version of Project Exile in South Carolina.  What will you do? 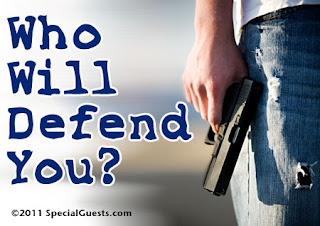 Posted by Southern Sense at 5:36 PM No comments: Links to this post

The Fall of the Empire with Jerry B. Jenkins and The Motherland with L Todd Wood 07/17 by Southern Sense Talk Radio | Politics Conservative Podcasts

The Fall of the Empire with Jerry B. Jenkins and The Motherland with L Todd Wood 07/17 by Southern Sense Talk Radio | Politics Conservative Podcasts

If anyone doubted President Obama was a Muslim, then take a gander at this tweet sent out yesterday, as our US Marines were being gunned down in Chattanooga, Tenn., in a "GUN FREE ZONE".


"From my family to yours, Eid Mubarak!" —@POTUS to Muslims celebrating Eid-ul-Fitr: http://t.co/KHaSKJAqoQ pic.twitter.com/oo3UCXJzMf
— The White House (@WhiteHouse) July 16, 2015

Posted by Southern Sense at 12:01 PM No comments: Links to this post

If we do not learn from history, we are doomed to repeat it!  Nazi's were partners with Islamists.  Hitler learned from the Grand Mufti of Jerusalem and formed Islamic Nazi shock troops.  Now ISIS is creating terrorism and atrocities on scale with Hitler's regime!

Have we learned NOTHING?

Posted by Southern Sense at 12:37 PM No comments: Links to this post

Obama is about to capitulate to Iran and give them Nukes that can destroy Israel & hit American cities.  Muslims are given sanctuary in American cities while Christians are being slaughtered my Islamists. Is the end of times near?

Are we being too serious?  Can we still laugh at ourselves?  The Conservative alternative to Jon Stewart is Michale Loftus, host of The Flipside!

Join us or listen to the podcast!  Whatever you do, don't miss the show and share it with everyone you know!
Posted by Southern Sense at 11:46 AM No comments: Links to this post

Defending the Republic: The Invasion and Internal Destruction of America 07/07 by Southern Sense Talk Radio | Politics Conservative Podcasts
Posted by Southern Sense at 12:54 PM No comments: Links to this post

For decades the moral fabric of America has been under attack by progressives.  The latest assault came from the Supreme Court of the land granting the "right" of same sex marriage.  They overstepped their powers by creating a law.

This was not the tip of the iceberg! It was the iceberg striking the Titanic and we are sinking.   Can we save the ship and get her back on the course our founding fathers set us upon?