Why Are Liberals / Progressives / Statist So Violent?

I grew up in the 1960's, where the riots of the Civil Rights movement filled the nightly news and the Vietnam War filled our every thought.  Anti-War demonstrations, sit-ins, love-ins, Woodstock and home grown terrorists like the Weatherman and Black Panthers filled the front pages of the newspapers.  My parents were Conservative and supported Civil Rights and Equal Opportunity Laws.  Like the Republican Party, they wanted President Johnson to pass the Civil Rights Legislation proposed by the Republican Congress. They took the time to teach, each of my siblings and I, Conservative values.  However, for some reason it all fell on deaf ears with one brother.

Oddly, that one brother, who turned out as a Progressive Liberal, was the one who was most violent.  I grew up separating my older brother from one altercation after another.  I thought it was just who he was and never equated it to an ideal.  Now, almost half a century later, I finally realize it is equated to the political stance.  It seems to be something ingrained in the philosophy.

As a Conservative, I naturally shy away from physical violence.  For a great many years, I kept my political voice quiet so not to upset anyone.  Today, age and circumstance has loosed my lips and my keyboard.  Conservative in action and belief, we have been the "Silent Majority" and often ignored.

As Conservatives we were silent, which allowed the Liberals / Progressives / Statist to assumed we could be bullied and beaten into submission.  The Weatherman used bombs, the Black Panthers, nightsticks at election polling places and now Code Pink tries to arrest Karl Rove at a book signing.  Former White House Adviser to President George W. Bush was all class as Code Pink co-founder Jodie Evans attempted to place handcuffs on him.  Anti-War protesters attempted to rush the stage, causing him book signing to be canceled.

Violent protests marred the Global Warming Conference in Copenhagen, the World Conference in Philadelphia and Seattle, Immigration Protests in Los Angeles and now there were attacks on Tea Party Patriots in Searchlight, Nevada.  A pie in the face of Ann Coulter at a college speech is not harmless, threats of handcuffs to Karl Rove is not harmless.  The violation of our persons, our freedoms and rights by those who wish to control us, is not harmless.

Mao Tse-Tsung said that Political power comes from the end of a gun.  The Progressives / Satists / Liberals are attempting to hold a gun to our heads, while trying to take our guns away.  Just how will we respond?  Honestly, I hope just as Ann Coulter and Karl Rove have, with dignity, determination and within the law.  Let the other side implode and let not us explode.


Just my thoughts, what are yours?

Posted by Southern Sense at 9:16 PM No comments: Links to this post

I watched today, Sunday, to the House of Representative's debate on the Reconciliation of Health Care and the debate on Health Care, at first, with great hope in my heart.  I ended with great dismay.  Yet, somewhere deep inside me, I still hold out hope, that the United States of America that I know and love, has not yet been destroyed.

Through razzle dazzle moves the House Chairs have ignored Parliamentary Rules and silenced any actions by Republicans to clarify rules or add amendments.  The Chair of the House Rules Committee, Louise Slaughter admitted that "technically" the "Slaughter / Deem It" rules violate House Rules.  Massive protests, phone campaigns and countless polls have loudly told Congress that the public don't want their bill.

Reform yes, not socialism.  Yet, Bart Stupak failed to listen and kowtowed to the "Anointed One" President Obama.  Foolishly, he believes that an Executive Order would miraculously cut abortion from the Health Care Takeover.  Instead, what Representative Bart Stupak wanted, was an easy out and a return to a "normal family life".  Well, Mr. Congressman, if you wanted a normal family life, why did you run for Congress?  Mr. Congressman, because of you, millions of unborn children will never have the chance to be born and have a normal family life!

Congressman Stupak, you and Congresswoman Louise Slaughter will have the honor to go down in history as the two pivotal persons, who changed forever the face of America from a Republic to a Socialist State.  May I suggest a name change for your children and wife, I sure as heck don't want to be in their shoes as they try to explain why Freedom died in America and who was complicit in it's demise!

What can we do now?  We can try to strip out the worst aspects of this monstrosity through legal maneuvering.  Follow the Americans for Posterity,  Mark Levin's Landmark Legal Foundation and any other web site seeking legal redress.  We can't give up, we must keep fighting and stay informed!

May GOD bless American and help us return the Republic to these shores!
Posted by Southern Sense at 4:52 PM 5 comments: Links to this post

Expel Members Of House Who Invoke The "Slaughter Solution" 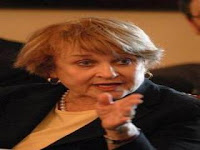 The Democratic Chair of the House Rules Committee, Representative Louis Slaughter (NY-24) has come up with a power grabbing idea, being dubbed the "Slaughter Solution".  Rep. Slaughter, who is joined at the hip to the Democratic Speaker of the House, Nancy Pelosi (CA-08) has dreamed up a rule for the House to bypass actually voting on the Senate Health Care Bill and passing it into law.

In order to do this, Speaker Pelosi would present to the House the "corrections" for approval of the Senate bill.  Therefore, the House will not vote on the actual Senate Bill, but only on the pages presented as corrections and Ms. Pelosi will present the full Senate bill with the House corrections for President Obama's signature.

Does anyone see a problem here?  I do, this is in direct violation of the Constitution, which Speaker Pelosi and Representative Slaughter swore to uphold.  Article 1, Section 7, Clause 2 requires both houses of Congress to vote on the bill.  If there are amendments or changes, the bill is to go to a committee made up of selected members of the Senate and House to reconcile the differences, before going to the President for signature.

I ask you, how can you vote only "corrections", when you haven't even voted on the actual bill?  Any Member of the House who agrees to and is complicit in this scheme should be expelled from Congress for Violation of Oath of Office and immediately arrested.  In an article on the "Friends of the  Article V Convention" web site titled "Violation of Oath of Office and Walker vs Members of Congress" they explain:

"Federal law regulating oath of office by government officials is divided into four parts along with an executive order which further defines the law for purposes of enforcement. 5 U.S.C. 3331, provides the text of the actual oath of office members of Congress are required to take before assuming office. 5 U.S.C. 3333 requires members of Congress sign an affidavit that they have taken the oath of office required by 5 U.S.C. 3331 and have not or will not violate that oath of office during their tenure of office as defined by the third part of the law, 5 U.S.C. 7311 which explicitly makes it a federal criminal offense (and a violation of oath of office) for anyone employed in the United States Government (including members of Congress) to “advocate the overthrow of our constitutional form of government”. The fourth federal law, 18 U.S.C. 1918 provides penalties for violation of oath office described in 5 U.S.C. 7311 which include: (1) removal from office and; (2) confinement or a fine."

Although, I cite the Article V site for the purpose of explaining the law in this blog post, I do not support a Constitutional Convention.  I am advocating the upholding of our Constitution and enforcement of this nations laws, equally among all citizens, no matter what office they hold.  Should President Obama agree to sign into law the Health Care bill if passed under the Slaughter Solution, he should be impeached and also arrested for Violation of Oath of Office.
When we hold the Members of Congress and The Office of the President to the same standards of the average citizen, we just may have a more honest and open republic!
Posted by Southern Sense at 2:18 PM 4 comments: Links to this post

I, along with an eager nation today, awaited with baited breath for the One's brilliant and latest Health Care Proposal.  Sitting on the edge of my chair, I turned on the television to a news broadcast station that was set to air the Mighty One's speech.  Pad in hand, I furiously started to take notes as the mesmerizing words spilled forth from his purple lips.

Oh, how wonderful for all of us, the Anointed One is promising to eliminate denial of coverage for "pre-existing conditions", prevent cancellation of coverage "Should you get sick" and stop co-pays.  Hum, interesting.  Just how do you offset these costs, I wondered.

Next, such music to my ears as The One, who would bring "Change" to our impoverished nation proclaimed, he would extend Medicaid, offer the uninsured and small businesses the same plans offered to Congress, offer tax credits to help offset the cost of insurance plans and extend the age of coverage of children to 26. Then, I waited for the other shoe to drop!


BOOM!  He extends "Public Health Care" through Medicaid, thus placing a heavy burden on the individual state budgets with a mandated program.

BOOM!  Under Title III, He makes cuts to Medicare payments to providers and creates a "Panel" to ration your care (Oh yes, The death Panels are back).  The "Panels" will be comprised of Medical Personnel, to determine the level of care and services.  Doctors will determine your care, yes Doctors, who are employed by the government.  Gee, even a Doctor or Nurse can become government bureaucrats.

BOOM!  Under Title IV, He'll police your food, weight and private pleasures or activities, if it's detrimental to your health. "The Act relies on the innovation of small businesses and state and local governments to find the best ways to improve wellness in the workplace and in our communities."   Beware if you smoke, drink, are over-weight or like to bungee jump.  You just might be targeted.

BOOM!  Title I, extends the age of your dependent to age 26, you get to pay for your kids, even though they reached adult age and should be self-sufficient.

BOOM!  In one fell swoop, President Obama has proposed the violation of the IV Amendment of the Constitution:  "to be secure in their persons, houses, papers, and effects...".  He also violates the X Amendment: The affirmation of state sovereignty, wherein any power not directly delegated to the Federal government is the sole power of the individual states.

Oh, I'm sure I missed a lot, but this was only with a speed reading of this drivel!  President Barak Hussain Obama has proposed another boondoggle of a Health Care Plan.  Now, we await the Congressional Budget Offices numbers, over which there will be much debate.

President Obama, I ask you this one simple question:  If you are walking over a very rickety bridge, do you stomp your feet and push recklessly forward, or do you take small steps and feel your way cautiously forward.  Attempting to bridge the health care gap is a very rickety structure, one that should be done one step at a time.  Just what is wrong with only one change at a time, see how it works, then alter, repeal or go forward with each success or failure.  What is at stake is not just your political future, it is the economic, physical and mental health of every American citizen and their children for generations to come.

This far too important to get massively wrong the first time.

To read the New Presidential Health Care Proposal go to: http://www.whitehouse.gov/health-care-meeting/proposal
Posted by Southern Sense at 6:18 PM 4 comments: Links to this post