Author Louis Srote lays out with clear arguments areas in which government has intruded into our liberties and violated the bonds of limited government delegated in the Constitution, in his new book "The Disintegration of the Constitution".    It is well written and he offers 10 new amendments to return government to a limited role our founding fathers envisioned. 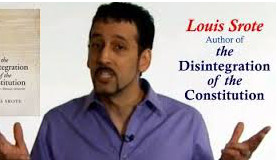 You can find his book at http://www.TatePublishing.com

Join us as we interview Louis Srote, Friday, May 31st, 2pm EST.

You can catch the podcast in the archives at http://www.SouthernSense.webs.com

Posted by Southern Sense at 9:11 PM No comments:

This broadcast on the 40th Anniversary of the President Nixon White House Dinner for 571 Vietnam Prisoners of War, recently released, we will pay honor the the Men and Woman who fought and are remembered on this Memorial weekend .

Conservatives & Republicans fail to express a clear message.  Why?  The old boy's network is stuck on stale messages and allow Democrats to steal their accomplishments, such as abolition of slavery, civil rights and more.

It's time for us to take back our message and send the thieves packing! In comes Kevin Jackson of www.TheBlackSphere.net with a fresh outlook and marketing savvy.  Tomorrow he'll be our guest at 2pm ET, join us for the LIVE broadcast or catch the podcast later at the same above link!

Every time you hear the media say Obama is fighting 3 scandals, scream at the TV, radio or whatever, BS!   They are forgetting about Fast & Furious where the gun running the Federal Government authorized cost the lives of two border agents and countless civilians!

They are forgetting the collusion with ACORN, or the dismissal of voter tampering with the Black Panthers or the pandering to union bosses like Richard Trumka.  We can go on and on with the illegal acts of this administration, the bungling and shear stupidity!

Don't let them white wash any of these things. Come out kicking and screaming!

And join us at 2pm EST today and we keep on fighting!
Posted by Southern Sense at 1:21 PM No comments:

Have you met Trevor Loudon? No? He's the resource that revealed Barack Hussein Obama's real past!  He's the go to man about Obama & Conservative issues & he's NOT AMERICAN! Join us tomorrow at 2pm ET

http://www.blogtalkradio.com/southern-sense/2013/05/14/defending-the-republic-with-trevor-loudon
Posted by Southern Sense at 1:08 AM No comments:

I love doing my radio show.  It gives me opportunities to met so many interesting people and opens my eyes to so many dazzling issues and topics!  Tomorrow, I am honored to have as our guest Beverly K. Eakman, Education's Whistleblower!

She started off as an educator, then moved to DC to work as speechwriter to Chief Justice Warren Burger, the DOJ, NASA.  She's author of 7 books, hundreds of articles and speeches, frequent guest on TV and radio, she is a force to be reckoned with.

Listen in to her as she describes how to battle the Alinsky tactics being through at the rising Conservative movement!

http://www.blogtalkradio.com/southern-sense/2013/05/10/defending-the-republic-with-bk-eakman
Posted by Southern Sense at 4:29 PM No comments: 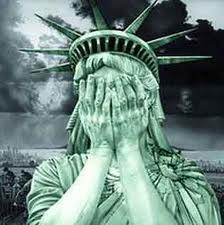 Tomorrow in South Carolina District 1 a special election is to be held for the Congressional seat vacated by Tim Scott.  It is ground zero of the conservative fight to gain control of the House of Representatives and the Republican Party.  Yet, allegedly conservative and TEA Party voters are still holding back.   Their excuse is that the party nominee is former SC Governor Mark Sanford who underwent a public scandal involving a mistress and an secret trip out of the country to visit her.  This was followed by a not too private divorce from his wife, Jenny Sanford.

Surrounding the scandal was the leveling of ethic charges involving the questionable use of tax payer funds for the tryst.  A shame faced, tearful and apologetic Governor stood before the cameras and faced the public humiliation.  Public outcry from the left and right called for his immediate resignation. This was all in 2009 as the TEA Party movement arose and stormed the political scene.

Mark Sanford did not resign and served the remainder of his term which ended with the election of Nikki Haley in 2010 as the new Governor.  To avoid further disruption of state government he chose to save taxpayer money and not fight the ethics charges and repaid the disputed costs to the state from his own funds.  He was fighting a budget battle with his Congress, overseeing the redistricting of the state's Congressional Districts as a result of the recent national census and was wooing Boeing and other corporation to the state.

Republicans in name only (RINO's) saw Federal stimulus money being dangled and Governor Sanford clearly saw the trap and stood firm in refusing it, only to find his veto overturned by the State House.  Wherever he could, he trimmed pork from the state budget, sounded the alarm on the failing state pension system and fought to protect the sovereignty of the state and it's citizens.  Politically, he is a strong conservative who not only talks the talk, he walks the walk.

It was wrong of him to secretly leave the state, much less the country, however he maintained constant contact with his staff, ensuring that the state continued to run smoothly.  In the end, no taxpayer funds were lost on his trip because he repaid the state coffers of all monies.  His actions in his personal life may not have been the wisest, but what man in love ever acts the wisest or smartest?  I won't even mention how some women behave when they are head over heels for someone. (Haven't we all at one time been there and done that?)

Now the morally superior continue to scream their heads off about his betraying his wife with the affair.  Get over it! No one is a perfect being.  We all have made some amazing blunders that we are ashamed of.  If you deny that simple fact then you are putting yourself on par with God, himself and that in itself is the deadly sin of Pride.  If these morally superior Christian persons cannot find in their hearts forgiveness, then they are no better than the prideful individuals and face the deadly sin of Wrath.

I know I am a sinful person, something I remind myself each time I pray.  No one knows what goes on in anthers marriage, the words that are exchanged, the emotions that are raised or ignored, the actions that lead to conflicts and pain.  No one can ever quantitatively explain why the human heart strays.  I can personally say, if a person who has strayed and they are repentant and seek redemption through their actions, I will not hold back on forgiveness.  I will look at the whole man and accept him by what I see.

Governor Mark Sanford as a whole man is a Conservative who will work hard for SC District 1.  He will seek to stall and stop the Pelosi machine and preserve our US Constitution, work to reduce our national debt, limit government intrusion, repeal Obamacare and listen to the issues and concerns of his constituents.

Prior to the 2010 Republican Primary vote in South Carolina, the three TEA Party groups in Beaufort County in a straw poll voted for the best Candidate on the ticket.  By an overwhelming wide margin they selected Speaker Newt Gingrich.  This was followed up by the actual primary, where South Carolina Republicans selected Newt Gingrich as their candidate.  To all of the morally superior members of the TEA Parties, I ask you, how can you vote for Newt, who cheated on his wife while she was battling cancer?  He too married his lover.  Governor Sanford is currently engaged to his mistress with plans to marry soon.  The only other difference is that when Mark cheated on his wife, she wasn't suffering from a devastating and often fatal illness.

One only needs to look at the larger picture to know that if we don't send a conservative this Tuesday, the alternative will be disastrous.  Just how wonderful will the moral high ground wll look, when by one vote, that of Elizabeth Colbert-Busch, Obamacare fails to be repealed, the debt ceiling is raised along with your taxes, more Benghazi-gates type scandals break out without any Congressional hearings, gun control federal expansion goes rampant, and Congress authorizes drones over your home and they recognize Sharia law?  Now imagine that one vote helps return Nancy Pelosi as Speaker of the House?  Ask yourself would you rather be guilty of forgiveness or guilty that you allowed your vote be used to further dismantle our nation and push us to the brink of collapse?
Posted by Southern Sense at 6:55 PM No comments: