WTF???  We need to give Obozo's speech writers some history lessons.

1st The Crusades occurred because of of the Muslim invasion of European nations, their kidnapping, robbing, raping and murdering of pilgrims to Jerusalem.

2nd The Inquisition, while despicable, was in response to the eviction of Muslim invaders in Spain, rejection of Islamic Rulers and Sharia Laws.

3rd To say Christianity was responsible for Slavery is just plain dumb and patently false.  While slavery existed in civilizations in varying degrees since the dawn of time, none was as brutal as those under Islam.  English Common law restricted the work week and hours, allowing slaves freedom to worship and earn wages to buy their freedom.  Abolition movements started in Christian Churches in Europe and America, leading to the end of slavery in the US and Europe.  It still exists in Islamic nations.

4th Jim Crow laws had NOTHING to do with Christianity!  It had everything to do with the KKK, and control of the black community and votes.  Once again the Civil Rights movement started in churches and synagogs across America!

Finally, to compare the nut jobs in the Westboro Baptist Church to the rest of true Christians is absurd!  So to the fear mongering, lie spreading apologist of Islam - I say PHZZZT! with a healthy side of Bacon!

Posted by Southern Sense at 2:02 PM No comments:

Are You Male Or Female, Mother? | PUNDIT PRESS

Are You Male Or Female, Mother? | PUNDIT PRESS 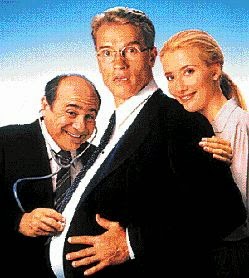 New York City’s Department of Health (DOH) has updated it’s Birth
Certificate application, last week. While this may not seem news worthy,
the amended application has raised eye brows across the nation.


The application asks if the mother giving birth is male or female.
Biology 101 has in the past taught that only female humans can give
birth, so one would wonder why such a selection option is available on a
birth certificate.


The website Redacted Tonight (RT.com) reports that, “Susan Sommer, an
attorney who practices on behalf of an advocacy group that represents
lesbians, gay men, bisexuals, and trans persons, told the Post that the
updated paperwork eliminates any issues that may arise if the parent
giving birth is in any stage of a gender transition.


“To be clear, it is possible for a person who has given birth to a
child to identify as male,” Sommer, of Lambda Legal, said to the
newspaper.


According to the Lambda Legal website, thousands of children across
the United States have parents who are transgender or, rather, identify
with a gender that differs from the sex assigned at birth.


“A form that is respectful and doesn’t make assumptions about sex or
gender of people parenting children is fine to me,” Sommer told the
Post. ”


However, no one is asking the pink elephant in the room question. Why
is a pregnant mother taking transgender drugs? More over, why is a
woman, transitioning into a male, knowingly enter into reckless behavior
that result in a pregnancy?


The effects of alcohol, drugs, chemicals and certain foods have a
direct effect on the developing fetus.  Estrogen can cause
miscarriages.  Testosterone can cause physical defects and gender
dysphoria.  Alcohol can cause a still born birth or Fetal Alcohol
Spectrum Disorders (FASD).  FASD causes irreversible physical an mental
defects on the unborn child. Any woman who endangers her unborn
child/children during her pregnancy to complete her transformation to a
male maybe committing a criminal act in numerous states, where the
conduct of the mother recklessly or deliberately affects the health and
safety of the unborn child.


While, we do acknowledge, that a woman may face a physical attack,
such as rape, which may result in a pregnancy.  Then, willingly carrying
that pregnancy to full term, should be a decision carefully thought out
under a strict medical care to ensure the health of the child.  Either
way, at the time of birth, she still is in fact and reality a woman.


Would it not make more sense to have a box to amend the certificate
at a later date, to show, that although the child was born to a woman,
who on such a date in the future, transgendered into a male?   Would
that not be healthier to the child’s’ mental welfare to know that they
had a normal birth?  Or are we back in 1994 and the Arnold
Schwarzenegger and Danny DeVito movie, Junior?

Posted by Southern Sense at 4:15 PM No comments:

OK, so I haven't had a in depth posting in a while, but something has to really piss me off first!

Here's my letter to the Koch Brothers.  Check out he video link embedded in the letter.

I wish to kindly thank you for employing me as your TEA Party spokesperson.  However, I wish to point out to you, I seem to have a slight problem with your Accounting and Personnel Departments.  First, to wit, I have never received a paycheck or any other compensation from you.  Secondly, neither department in any of your organizations have ever heard of me or could find any application, interview or contract between your companies, myself or my TEA Party group.  Neither could I!

What's up with that?

According to a recent discussion on the TV show "Anderson Cooper 360", panelist Roseann Barr asserted that you and your brother pay for TEA Party groups and their spokespersons.  She was quite vehement in her assurance to fellow panelist Ted Nugent.  In fact, she affirmed that the TEA Party movement is populated by and caters to  "rich" people.  Link here: http://clashdaily.com/2015/01/ass-kicked-watch-nugent-steamroll-roseanne-goofy-remarks-tea-party/#

Somehow, I seem to have missed the memo as to your generous offer, as well as found myself with an incomplete listing of our meeting attendees.  Unless, those who support the Beaufort TEA Party have gone through extensive theatrically misdirecting appearance and personality transformation, our group has attracted only "working class" people.  Maybe, I am doing something wrong?  Can you lend me your A-List so I can invite the "Right" people with the appropriate finances to qualify as rich?

If an offer was ever made, to employ myself as spokesperson or to finance our group, on behalf of the Beaufort TEA Party, SC, I must cordially decline.   We are only a loosely affiliated group of like-minded individuals, who embrace TEA Party values.  Since we are not a formal organization, or 501 (c3) or (c4) we do not accept donations, stipends or have salaries.  We do not keep a membership list, but do meet on a monthly basis to exchange ideas and information amongst ourselves, elected officials and other organizations and concerns.  Everything we do comes out of our own pockets and  is often not reimbursed.

In conclusion, if Ms. Barr is correct, please tell me how we can reap your rewards legally.  However, I will still decline any offer of employment.  I am having too much fun in retirement tweaking the blissfully ignorant progressives with the truth and good Christian love.

Posted by Southern Sense at 8:23 PM No comments: